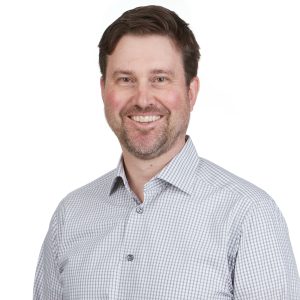 Devin has been a member of the Council since September 2018. He was our clinical lead for stroke care from 2011-17, during which time he led a province-wide collaborative to improve care in emergency departments, was instrumental in the development of Stroke Services BC and was part of a leadership team that improved stroke outcomes in the province.

Devin has been a practicing emergency physician since 2001, now working in Kelowna General Hospital. He was a Clinical Research Fellow at St. Paul’s Hospital from 2001 to 2003 and is a Clinical Professor in the Department of Emergency Medicine at the University of British Columbia. He has taught medical students and residents and presented and published extensively. He is currently an investigator or co-investigator on multiple research trials, mainly focused on stroke and cerebrovascular diseases.

Originally from Penticton, Devin now lives in Kelowna with his wife and two kids, having moved back to the Okanagan in 2014.