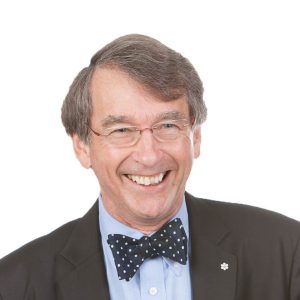 John Gilbert has been a seminal leader in the education of health professionals in British Columbia, Canada, and internationally. In the early part of his career he pioneered linguistics and psychology as the basis of practice for speech-language pathologists and audiologists. In the latter part of his career it was his vision and leadership that led to the concept of interprofessional education being developed as a central tenet of team-based collaborative patient-centred practice and care. These concepts are now part of university, college, and institute health sciences training in many places across Canada.

John is founding Principal & Professor Emeritus, College of Health Disciplines, University of British Columbia where he was also founding Director of the School of Audiology and Speech Sciences, and Director of the School of Rehabilitation Sciences. He has received many honours and awards. He has served on many committees and Boards, locally, nationally and internationally, including Health Canada’s Health Education Policy Taskforce; the Boards of the Michener Institute for Applied Health Sciences in Toronto; the British Columbia Health Education Foundation; the School of Health Sciences Advisory Committee of the Justice Institute of BC, and is appointed by the Minister of Health to serve on British Columbia’s Patient Care Quality Review Board.

He was elected a Fellow, Canadian Academy of Health Sciences, in 2008. He was awarded the Queen’s Diamond Jubilee Medal in April 2012, and in October 2013 received the Outstanding Lifetime Contribution to International Allied Health Development Award from the International Chief Health Professions Officers Organization.

John was appointed a Member of the Order of Canada in July 2011 for his leadership in the development of interprofessional education as a central tenet in team-based collaborative patient-centered practice and care, nationally and globally. He received the degree Doctor of Laws, Honoris Causa from Dalhousie University in June 2016.