Every $1 invested into our organization to lead this work resulted in $112.50 in savings to the health care system. 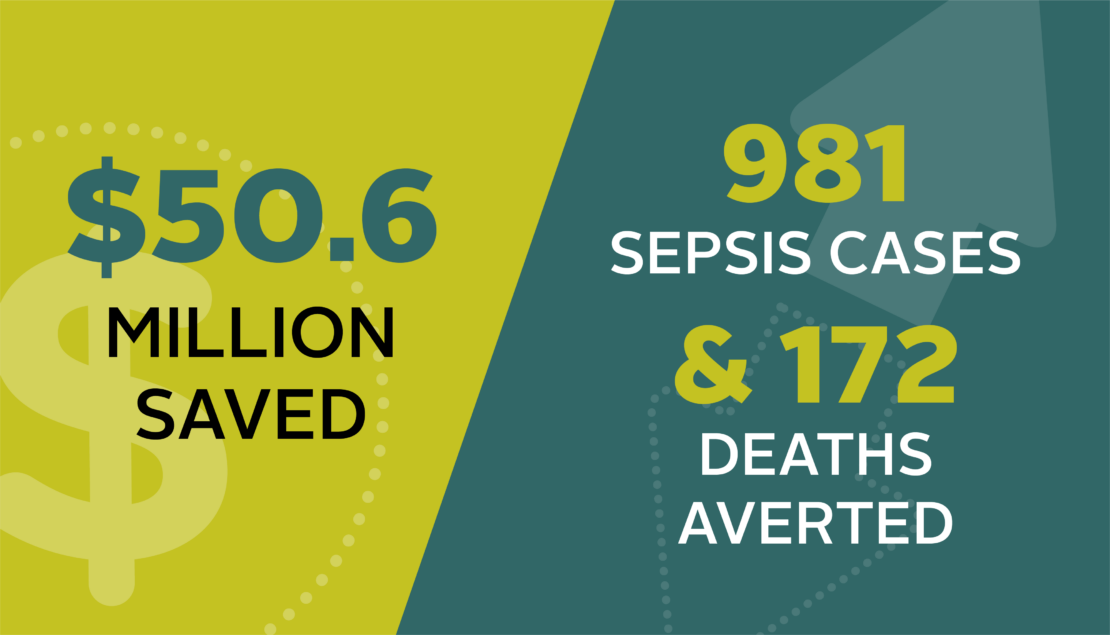 From 2014-18, work to improve sepsis care was led by us and put into action by hundreds of clinicians across the province united through our BC Sepsis Network. The study’s authors estimate that during those five years:

Sepsis is a life-threatening condition that occurs when the body’s response to an infection becomes too severe. Each year, 30,000 Canadians are hospitalized because of sepsis – more than 30% of whom die – and the disease represents close to 20% of all global deaths. 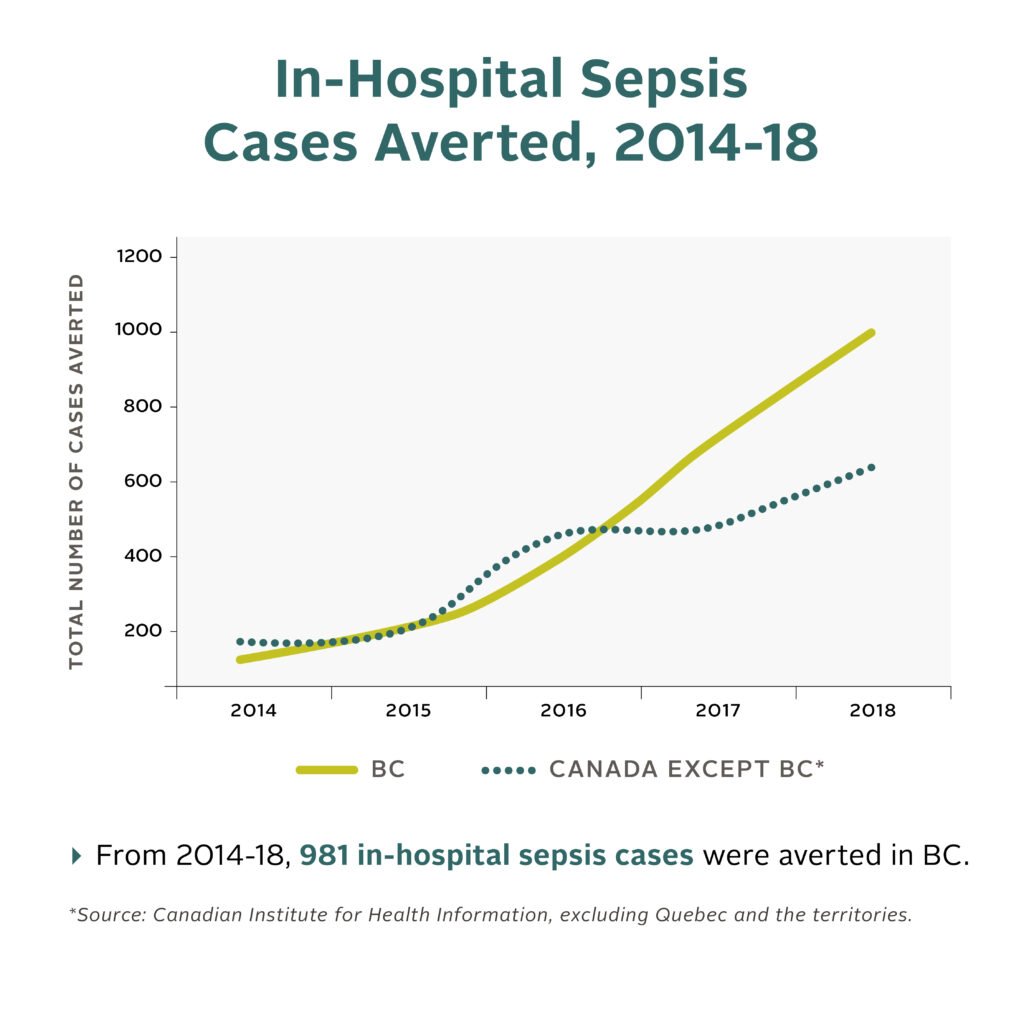 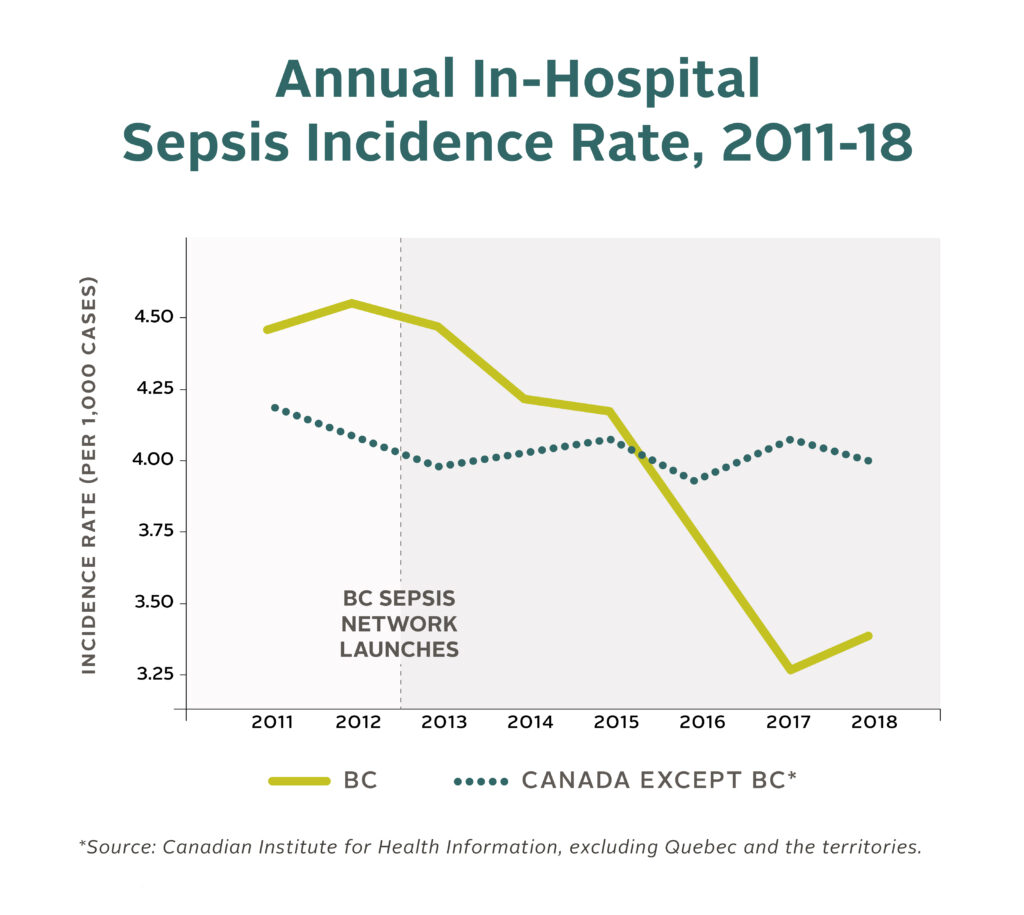 Significant improvements in the quality of sepsis care can be seen since 2012 when the we created the BC Sepsis Network to mobilize collective action. The network now includes more than 300 members from 36 hospitals who we brings together to focus on identifying and treating new infections early, preventing sepsis from developing as well as treating sepsis and septic shock. This new research shows the impact of targeting improvement work on a specific area of care and our unique expertise to lead that work by:

Using screening tools, clinicians were able to identify patients early in the emergency department and, on hospital wards, those that had severe infections, sepsis and septic shock. We created new protocols for use that ensured rapid diagnostic tests were performed and timely therapies were delivered that have been shown to reduce the morbidity and mortality associated with sepsis. These therapies include the delivery of broad-spectrum intravenous antibiotics, rapid intravenous fluid administration and controlling the source of the infection. The final stage of these protocols is to ensure that at-risk patients are monitored closely for deterioration and cared for in an appropriate setting. 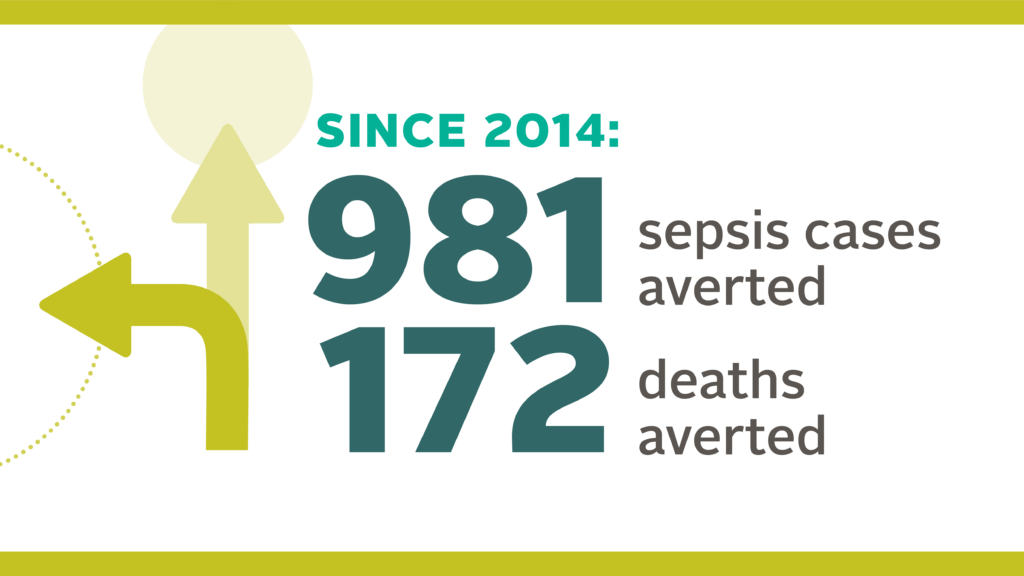 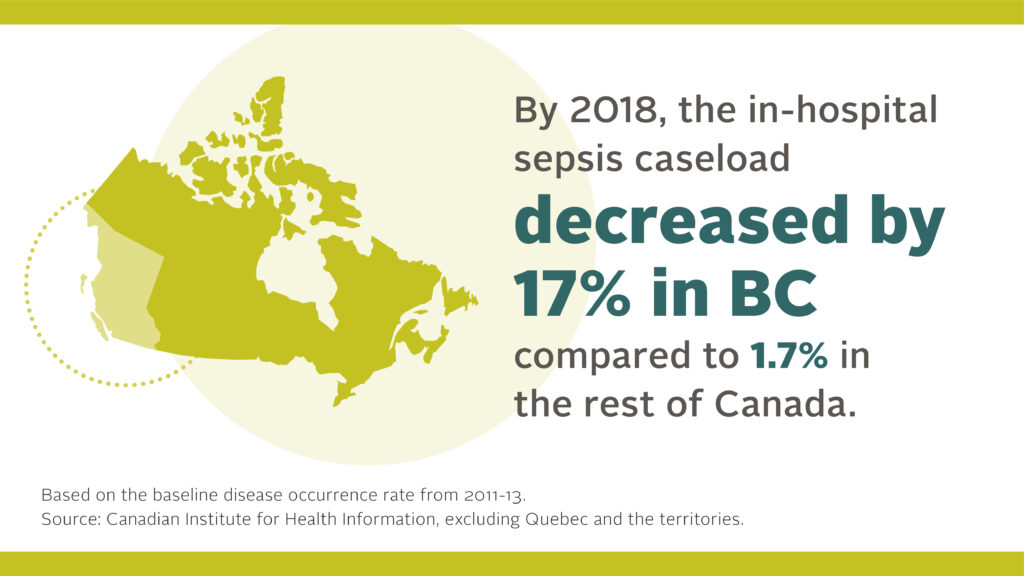 “Since we began focusing on improving care for sepsis, BC has gone from being one of the lowest-performing provinces to leading the way,” said Dr. Devin Harris, Chair of  our organization and an emergency department physician. “And now we can see the impact of that work: more than 1,150 families did not have to see their loved ones acquire sepsis, or worse, die from the disease.”

This study – one of the first of its kind – estimates the degree to which care for sepsis has improved in BC as well as how the province compares to the rest of the Canada when it comes to preventing and treating sepsis. BC outperformed the rest of the country in every metric examined in the study – for example, the in-hospital sepsis caseload decreased by 17% in BC compared to 1.7% in the rest of Canada by the end of 2018 (excluding Quebec and the territories).

“These results show what can happen when clinicians who are passionate about improving the quality of care they provide are brought together and supported to lead that work within their organizations,” said Dr. David Sweet, our Provincial Clinical Lead for Sepsis and a critical care physician, “I’m so proud of our sepsis network members whose hard work has made such an impact for British Columbians and transformed our province into a national and global leader in caring for sepsis.”

No comments on Improved Sepsis Care in BC: 981 Cases & 172 Deaths Averted