Indigenous Self-Determination and Equity in Diabetes 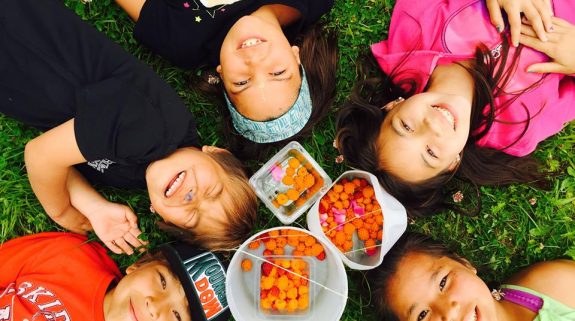 First Nations Peoples experience disproportionately higher rates of diabetes, yet the majority of diabetes services and programs are not designed by or with Indigenous peoples, or consider First Nations perspectives, cultures or approaches to wellness. Many First Nations communities are small, remote, and/or rural, and have limited access to the existing diabetes services. The services that are available through the regional health authorities primarily consider Western medical approaches to diabetes. Thus, there is ongoing need and interest for more information, guidance and strategies to support Indigenous self-determination, equity and quality care within diabetes prevention, management and awareness initiatives. 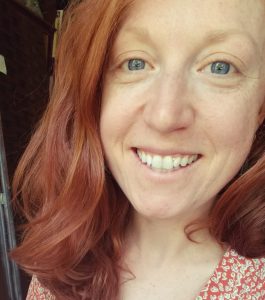 Tessie Harris works alongside First Nations communities as a Diabetes Educator with the First Nations Health Authority. She has German and Scottish ancestry, and lives as a settler on the unceded territories and homelands of the sḵwx̱wú7mesh (Squamish), sel̓íl̓witulh (Tsleil-Waututh), and xʷməθkʷəy̓əm (Musqueam) Nations. Tessie is a Registered Dietitian and Certified Diabetes Educator, with a Graduate Certificate in Indigenous Public Health. In her role, she provides support, resources and education to the health care teams in the 201 First Nations communities across BC. Her emphasis is on supporting Indigenous self-determination, advancing equity, advocating for increased access to culturally safe services, and her own continued learning on decolonizing diabetes care. She explores and invites health care providers to shift their understanding and approach to diabetes to be more inclusive of diverse perspectives, priorities and cultures. Tessie acknowledges and expresses gratitude to the many community members, knowledge keepers, elders and colleagues who have supported her unlearning and reframing of wellness.

Valerie Nadine Bob also known by her traditional name as Suli’xwi’ye, is a Penelakut First Nation member. Her father was from the traditional territory of Cowichan and mother was from Lapwai Agency, Idaho. Coast Salish and Nez Perce. She was raised in the Coast Salish language and culture of her Late father.

Valerie was born and raised in the Chemainus Valley area. She studied at Malaspina College, now known as VIU, and then in Washington State, receiving a BA in Sociology and a M.A.Ed. in First Peoples’ education endorsed in Special Education. She worked in varying jobs, most memorably as a commercial cook on Floating processors out of Alaska (Aleutian and Privolof Islands), and the Bering Sea. She has been teaching at a Tribal school for 12 years.

She is an advocate for First Nation communities in revitalization of Hul’q’umi’num’ Language and Culture. Valerie will be receiving her PhD in Indigenous Language and Music in Summer 2022 and will continue to teach, mentor and develop language programs.

As a Language Planning Specialist and Grants Writer, she has helped to bring community and academic programs together across generations. As an active board member of the CVCAS First Nations Advisor planning group who helped organize the Aboriginal Day Events since 2015, she has brought together a cross section of business and arts community leading to events that promote Truth and Reconciliation.

Currently Valerie is a First Nation Elder, Cultural Researcher/Decolonizer/Anti-racial/Critical Ethnography methods, Advisor and First Nation Land Code Committee member. She is an active member of the Missing and Murdered Women and Children (Men/LGBQT2S) board in Cowichan and has helped to bring others with her to serve in the arts and culture community. She is also an elected leader on the Board of Elders for the 1910 Indian Shaker Religion and serves on other boards that promote spiritual health and wellness in First Nation communities.

Please help us learn more about our Type 2 Diabetes Network Webinar audience so we can tailor our approach and better meet your needs.

This information is collected by the BC Patient Safety & Quality Council under section 26(c) of the Freedom of Information and Protection of Privacy Act and will be used to send you registration information. If you have any questions about the collection of this information, please contact: Lara McLachlan, Director, Health System Improvement (Primary & Community Care), 201-750 Pender Street W, Vancouver, BC at 416.316.9733.

Food Insecurity in BC: Understanding the Impact and Taking Action