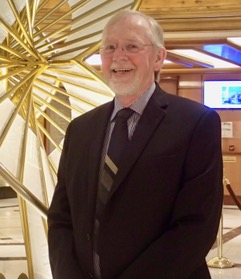 Today I bounded from bed at my usual get-up time of 6 am. Shaved and dressed up, I emerged into the glorious morning sunlight. My daily walk through the neighbourhood filled another invigorating hour before I enjoyed breakfast. Emails, Google searches and a few chapters of a crime novel consumed several more hours before a delicious lunch prepared by Anne was served. A lazy afternoon included a 1960’s rerun of Gunsmoke, to which I was addicted, followed by research and writing activities as I chronicled a current literary project. Due to the summer heat, I postponed a bicycle run I had planned. Instead, I arranged for the family to attend a folk-singer’s concert in Mission, and friends accompanied us home to sample my daughter Kimberly’s freshly made lemonade and blackberry-lavender cookies.

Nothing in the above scenario even closely resembles the typical days I experienced when I was fighting a severe case of sepsis. In fact, nothing listed above was even possible to consider for the next three months after I had sepsis, due to my clouded mental and physical state. Readers are probably aware of the “normal” state of patients undergoing sepsis treatment, so I will limit painful recollections of what my daily life was to become to an overview. I’ll elaborate on only one or two conditions which played a dominant role in my daily regimen, and how surprisingly common sepsis ailments may appear.

Ever-increasing painful headaches – something I never experienced while healthy – attacked my whole body and grew in intensity and quantity daily during my first weeks in the hospital. Medications administered orally in tablet form escalated from Tylenol to Tylenol 3 with codeine to morphine and soon appeared in my IV lines. The pain which accompanied them put out of reach any thoughts of reading, viewing, or simply sitting and thinking about my activities. Nurses alarmed at my worsening fever and red face explained that these were symptoms of blood pressure problems. At this point, I hadn’t yet been officially diagnosed with sepsis and found it very difficult to realize just how seriously sick I was becoming.

Daily for most of my first week in the hospital, I endured blood pressure gains from normal to 179/100 to 190/102, and then 250 before settling around 160/90 for short periods. Accompanying these ailments were warnings in the form of periodic chills, cold, woozy stomach, reactions to medications, and related problems too lengthy to mention here from infections caused in recent hospital procedures: colonoscopies were not my friends when I began to sweat through all clothing and bedding.

As days went by, a good indication of the severity of my problems was the increased visits of many hospital staff, specialists, and a growing number of tests and measures. Waiting for my diagnosis took more than five days for cultures to grow and be identified. I was not reassured about my mix of red and white blood cells and finding out that my contaminated infections were moving to other organs. I was not prepared to hear that my chances of leaving the hospital alive were 50-50. Or that only two drugs were available to keep me alive but the one I selected, gentamicin, would permanently damage my hearing, affect my sleep, and commit me to a daily regimen of dizziness, motion sickness, loss of balance, and other disabilities. Not a pretty solution for someone who previously relished long walks and hikes including marathons, bicycle tours in the sun, refereeing, coaching and playing beer-league soccer, as well as days at the computer researching and writing projects. Fortunately, I could still appreciate, if not completely, books, concerts and plays. New hearing aids also allowed me to connect to Gunsmoke!

It took me more than a week before I could clearly see a wall in my room. I soon learned the value of devouring as much water as I could each day: increased hydration gave me the strength to walk without gripping a wall for support. Walking distances increased from my property line to a block, to up and down my street. Balance and dizziness improved but remain problems which I approach through sessions with my physiotherapist. I have adopted a new best friend: a walking cane from time to time has replaced my hospital IV pole, affectionately christened some time ago, by Kimberly, as “my silver stallion”.

Nine years have now passed since my bout with sepsis. Many side effects continue. Sepsis can be a deadly disease, which I initially regretted having to go through. However, I’ve tried to compensate, move on, and give thanks to the expertise of medical staff whom I trusted to add me to the survivor list. You have made it possible for me to get up tomorrow at 6 am, go for a one-hour walk and then dive into another of James Patterson’s thrillers!