Raising Awareness of the Impacts of Disordered Eating

Raising Awareness of the Impacts of Disordered Eating 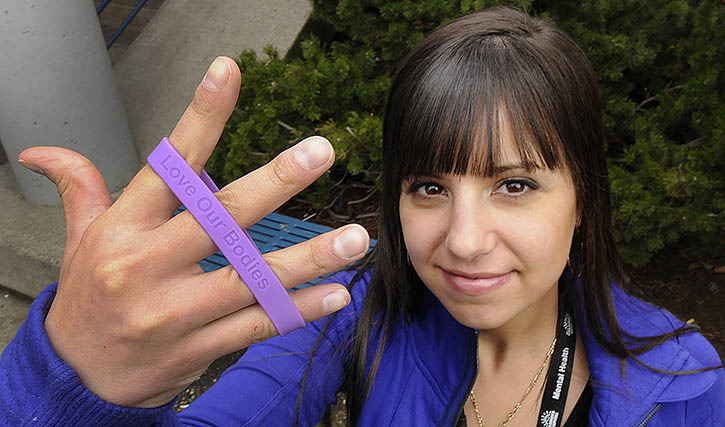 People are heavily influenced by societal pressures and the media with how they should look. Unfortunately, these unrealistic media images of thin and lean models can take an emotional toll by making us feel like we don’t measure up. For some people, this can result in unhealthy dieting and weight control behaviours in an attempt to change their bodies. This is important to consider because we know chronic dieting and weight control behaviours are known risk factors for the development of eating disorders. These illnesses affect a lot of people: studies show that anorexia nervosa affects between 0.5% and 4% of people in Canada, bulimia nervosa affects between 1% and 4%, while binge-eating disorder affects 2%.

Our program at Jessie’s Legacy: Eating Disorders Prevention & Awareness aims to prevent and raise awareness around eating disorders. The program is named for Jessie, a young North Shore woman who took her own life after a long battle with disordered eating. Jessie hoped that after her own recovery, she could prevent others from the pain and anguish she experienced. In her honour, we’re doing this through the Provincial Eating Disorders Awareness (PEDAW) campaign. PEDAW is a province-wide effort to raise awareness around prevention and early intervention of eating disorders, by offering a resiliency-based system of services, workshops, contests, events, education and support to people of all ages throughout the year.

This year, on Change Day (17-11-17), we pledge to give away 10 of our sought-after “Love Our Bodies, Love Ourselves“ wristbands to 10 different strangers. This statement, “love our bodies, love ourselves,” is so simple, yet it embodies what it truly means to be on the path of preventing, raising awareness, and becoming free from all eating disorders. It allows the person to take this statement with them day to day on their wrist as a constant reminder to accept their body just as it is, and support those who are struggling.

Our team at Jessie’s Legacy pledges to change the way people view their bodies in our weight-obsessed society, and to support them to be confident and proud with the body they have.

And we’re doing it, one wristband at a time.

“In order for us to love our bodies, we have to first learn to love ourselves.”