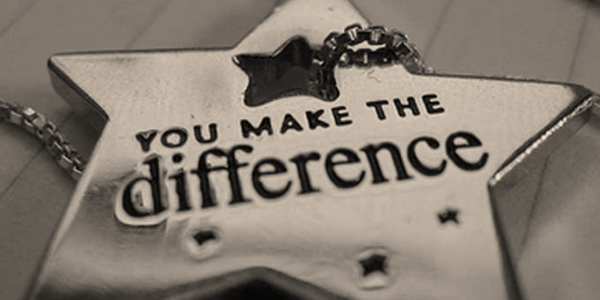 In 2016, Lisa and Sheri created the “You Made a Difference” contest to celebrate VCH staff who went above and beyond when caring for patients and families. It was a runaway success, with over 350 entries from staff at every level of the organization. Read on to learn how the contest was born, and how it’s acknowledging and honouring the amazing work happening every day at VCH.

What are your roles at Vancouver Coastal Health?

Sheri: I am a social worker in the renal program at Vancouver General Hospital (VGH). I’ve worked in several programs over the course of my six years here.

Lisa: I work with Quality & Patient Safety at VGH. I’m in a regional role supporting Releasing Time to Care and team-based quality improvement.

Sheri: Last year we were both seconded to Accreditation Coordinator positions, and that’s where the You Made a Difference contest was born.

What was the impetus for the contest?

Lisa: 2016 was the first year where Accreditation Canada’s program standards incorporated patient- and family-centred care, which was interwoven into each set of standards. It was our job to help support and prepare our teams to articulate how they involved patients and families in all aspects of their care. As we worked with teams and completed mock surveys, we found that many staff didn’t really know how to answer the questions.

It was frustrating, because we both know from our clinical work that patient- and family-centred care is happening at every level. We needed to figure out a different way to frame the questions, so that staff could respond.

One Friday only weeks before our survey, we were discussing the ongoing challenge when we came up with the idea of a contest! We had low expectations, because we knew it was such a busy time of year, but we also knew that it wouldn’t be a lot of work to get the contest off the ground, so we just decided to do it.

What was the plan for the contest?

Lisa: The premise of the contest, You Made a Difference, was just to ask people to submit a story about a time they or their team went above and beyond in caring for a patient or family member. We went to our executive director to ask for a prize, and she offered a Quality Forum registration, which was a great incentive. Sheri also asked for a pizza party for the team that submitted the most entries, with a night shift and day shift pizza party if an acute team won. That was a brilliant idea because it brought teams together to participate in the contest. We launched the contest at the end of August.

What made you think the contest could work?

Sheri: We know that many staff choose this kind of work for a reason, which is to help other people and make a difference. But there’s not a lot of opportunity for people to be acknowledged for the heart that they put into their work. I think it’s really important for people in a helping profession to be acknowledged for that, and we found that this contest provided that platform.

Lisa: We’ve seen many examples of small things that staff do to impact our patients’ lives. Sometimes these stories are simple, sometimes they’re incredibly complex and selfless. And that made us think. Those stories are always there but nobody hears about them. There’s something so incredibly touching about a nurse telling you that they make sure to hold someone’s hand while they’re going to sleep in an operating room. No one tells them to do that, it’s not a guideline. But that’s what care is.

When we asked how staff incorporated patient- and family-centred care, nobody gave us that kind of answer. But when we changed the question, to the standpoint of caring about and recognizing their contribution, their perspective changed and out came the stories.

How did it go?

Lisa: We were keeping our expectations low because we know at a time of accreditation, you can’t ask staff to do anything else – they’re working at the max, and they’re being bombarded with demands. So we were surprised that this contest was not perceived as another ask – in fact, staff thanked us for providing them with a platform.

How many entries did you end up with?

Lisa: In the end, we had over 300 entrants! It was amazing and unexpected. We had to go back to our director and get more prizes, and we extended the contest twice.

Sheri: The ICU won the pizza party for the most submissions, with 52 entries, written on post-it notes. During the night shift’s pizza party, staff read over their entries, saying they hadn’t realized their colleagues were doing all these amazing things. The contest seemed to bring teams together, reminding them they’re all in this together, doing amazing work for the same reason. It was really inspiring.

Sheri: This is a unique initiative because I don’t think there’s currently any formal process to recognize and share stories from this perspective. That’s what makes this project so special.

What else was surprising?

Lisa: One of the really surprising things to me was that this contest absolutely flattened the hierarchy. Our submissions came from our CEO, our clinical staff, our housekeeping staff, our Starbucks barista, everyone. Some of those people don’t get to see the direct effect that their work has patients, and they were so grateful that we approached them to say that we see them, and we wanted to hear about their efforts. It made them feel acknowledged and part of the larger team.

Physicians from all across VCH also submitted to the contest, which was a pleasant surprise. Like everyone else, they deserve to be acknowledged for the many times they go above and beyond for our patients.

Sheri: This year, we wanted to share the contest with other health authorities – we made it our Change Day pledge. We’ve created a process checklist with all the documents we created for the contest, so that any health authority could simply take the contest and run with it. So far, Island Health and Fraser Health have already committed to participating.

Lisa: We have a one-pager to explain the contest, which includes 25 examples of submissions we received. When people read those stories, they really understand what the contest is about.