Sepsis as a Global Health Priority

Sepsis as a Global Health Priority 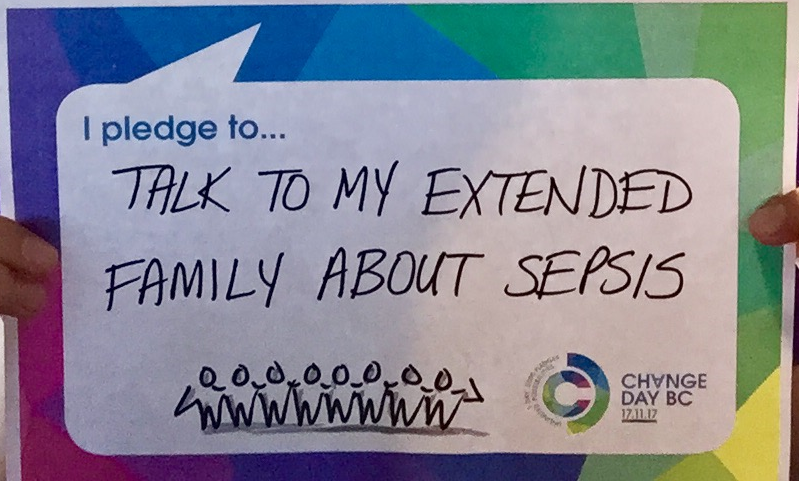 It’s easy to focus on the quality improvement challenges we encounter as specific to “us” – something only we are dealing with in BC. While the nuances and context definitely change, I’m taking this Change Day to step back a bit and think about the work I support at the BC Patient Safety & Quality Council in a more global way.

On May 26, 2017, the World Health Assembly and the World Health Organization voted unanimously to declare sepsis as a global health priority. The resolution urges 194 UN member states to “implement appropriate measures to reduce the human and health economic burden of sepsis.” Considering the worldwide impact of sepsis – estimates include 31 million cases and six million deaths annually – it’s hard to believe that it wasn’t a global health priority before, but as Dr. Konrad Reinhart, chair of the Global Sepsis Alliance, said in the press release, sepsis is “mostly unknown and poorly understood by the public.”

So what do we understand about sepsis – in a global sense?

Sepsis is common in Canada too – 30,000 Canadians are hospitalized each year from sepsis, and more than 30% of these patients will die. The BC Sepsis Network, partnering with care providers across BC, has worked over the last five years to make early identification and treatment a reality for more British Columbians.

So how can I make sepsis a part of Change Day?

My Change Day pledge is to talk to my extended family about sepsis. It seems like every non-work related event I go to (potlucks, birthday parties – you would be surprised!) what I’m working on comes up – always followed by the question “sep-what?”

Basic awareness among the general population can make a big difference – this is something groups like the UK Sepsis Trust, END SEPSIS The Legacy of Rory Staunton, and the Center for Disease Control have all recognized when developing public education materials. There are also fun grassroots medical education campaigns like the Kern Medical Centre music video “Sepsy Back.” We highlight these and many more resources on the BC Sepsis Network website. So, join me in spreading sepsis awareness during World Sepsis Day on September 13, and for Change Day on November 17!