Joe Gallagher, Kwunuhmen, is Coast Salish of Tla’amin First Nation ancestry and serves as the CEO of the First Nations Health Authority (FNHA). Over the past decade, he has worked to address the health inequalities faced by First Nations people in BC. 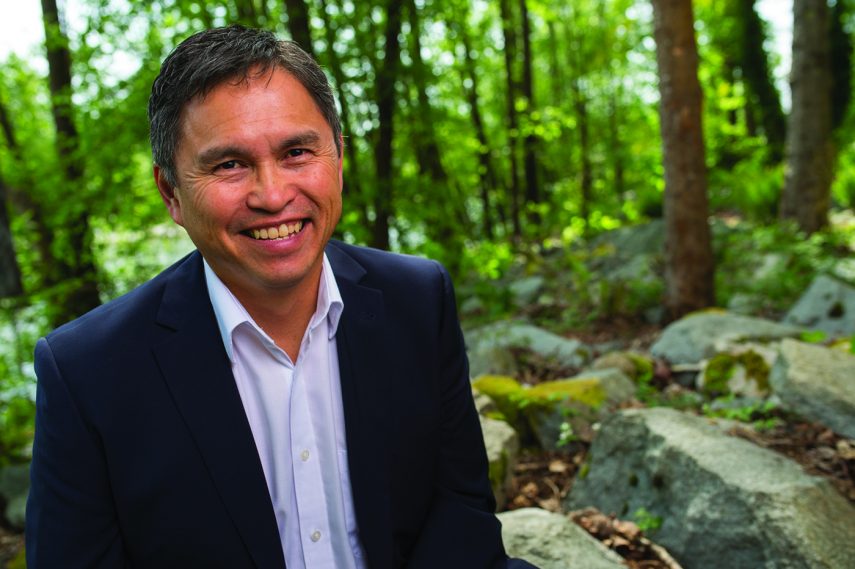 Today Joe is leading a shift in policy and public awareness toward embracing the concepts of cultural safety and humility — a response to the discrimination First Nations people still experience within care.

First Nations have a rich history of wellness that extends back in time for many thousands of years. This overall health was disrupted through a process of colonization that included aggressive tactics and policy initiatives like the residential school system and Indian hospitals. These institutions created a legacy of trauma among First Nations people as well as health and social inequities that persist to this day.

But with Joe’s guidance and holistic approach to system-wide change, BC is seeing significant change in practices. He has tackled the issue of culturally unsafe care with incredible determination and passion, leading not just BC, but our entire country, by setting a clear example of how cultural safety can be fostered through health care practice and policy across Canada.

An example of how Joe’s leadership is transforming our health care system is the ongoing collaboration between the FNHA and the BC Coroners Service that began with the signing of a Memorandum of Understanding in May 2014. Joe initiated the relationship after his infant niece passed away suddenly and the following investigation’s autopsy procedure contradicted the Tla’amin Nation’s death practices and his family’s spiritual beliefs. Joe and other First Nations leaders intervened in the investigation to start a larger conversation around cultural safety, ultimately leading the BC Coroners Service to review its practices and policies. Now, as a result of many changes within the Coroners Service, First Nations and all BC families can determine how their children’s remains will be treated once legal requirements are satisfied.

Joe’s work with the Coroners Service was a catalyst for much of the change to come and, in 2015, this and other similar advocacy work became officially known as “cultural safety and humility.” In July of that year, Joe invited the CEOs of BC’s health authorities as well as the Deputy Minister of the province’s Ministry of Health to sign a Declaration of Commitment to Cultural Safety and Humility in health services for First Nations and Aboriginal people in BC. A second Declaration was signed by the 23 health regulatory bodies of BC in March 2017. Since signing the Declaration, a number of exciting cultural safety initiatives have been championed by the health authorities and other health organizations—and the movement continues to grow.

Ultimately, cultural safety and humility, as championed by Joe, is a crucial step toward quality improvement, safety and disease prevention for First Nations people. It is fundamental to creating a health system built on trust, safety, empathy and care. Joe’s leadership and personalized approach to this work is truly transforming care for better health outcomes for First Nations people and all British Columbians.​