Tracking the Cause of Hospital-Acquired Urinary Tract Infections

Hospital-acquired urinary tract infections (HAUTIs) are painful for patients and known to significantly increase the length of hospital stay. If not properly treated, they can lead to serious consequences such as sepsis and even death. Evidence suggests that the infections may be caused by in-hospital care, so a team at St. Paul’s Hospital decided to change practices to improve the quality of nursing care and reduce the HAUTI rate by 10% by December 2016. They ended up going way beyond that! 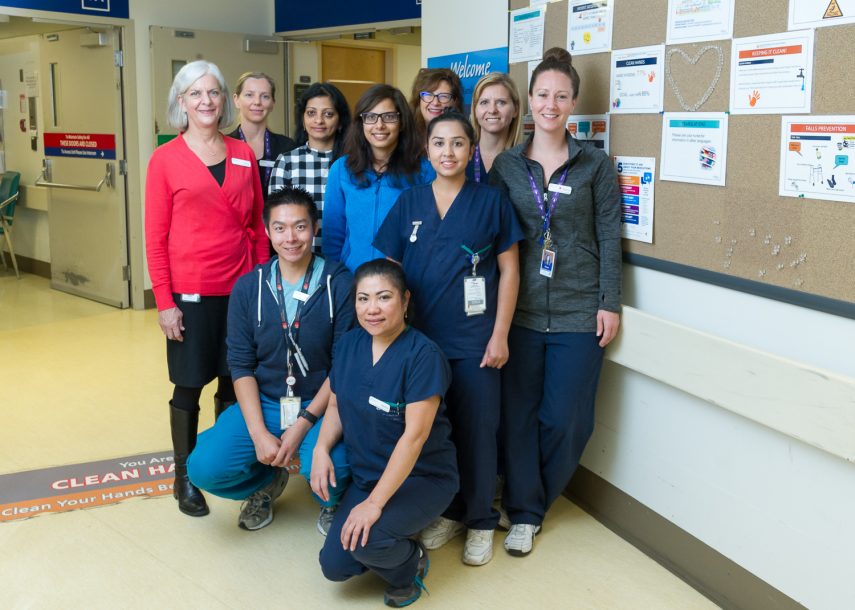 The work started in 2015, when a team member began attending the Quality Academy, a professional development program delivered by the BC Patient Safety & Quality Council. Throughout the program, participants work on a quality improvement project, and hers focused on gathering HAUTI incidence data. They determined that, from November 2015 to September 2016, there was an average of 15.5 incidences of HAUTIs per 1,000 patient days.

Next the project team engaged leadership, registered nurses and unit staff to evaluate evidence-based best practices and research, resulting in consensus changes in routine practice for catheterized and non-catheterized acute care patients, aged 55 and over, in two units of the Acute Care Medicine program from April 2016 to June 2017. The changes included twice-daily genital washing, disposing of materials and implementing guidelines for when not to remove a catheter.

Staff engagement was a key strategy. Partnering with clinical staff and helping them understand the rationale for adjusting their practice was important, as was collaborative practice. All levels of practice were involved, from professional practice and risk management to quality improvement and decision support staff, and from physicians to point-of-care nurses and patient care aides.

After the changes were implemented, between September 2016 and June 2017 the incidence of HAUTIs per 1,000 patient days dropped to 7.1 – an impressive decrease of 54.1% that far exceeded the project’s initial goal of 10%. Collaboration, evidence-based practice, and staff engagement were key strategies in the success of the project.

After the success of the project, the goal is now to spread the improvements to the other medical units at St. Paul’s Hospital. Planning for spread and sustainment included revising Providence Health Care’s nursing care standards to include the practice changes tested in the project, and nurse educators will teach staff on their units about the changes to practice.

The changes implemented through the project should result in significant drops in HAUTI rates across the organization as well as cost savings associated with decreases in length of stay and improved patient outcomes. And patients will be less likely to develop an uncomfortable and potentially lethal infection that could keep them away from their home and family longer than expected.