Home Blog Partners “What Matters to You?” Wins Silver at the Improvement Method Olympics!
Font Size: •

“What Matters to You?” Wins Silver at the Improvement Method Olympics!

12,000+ votes were cast to determine the best improvement tools, methods and methodologies 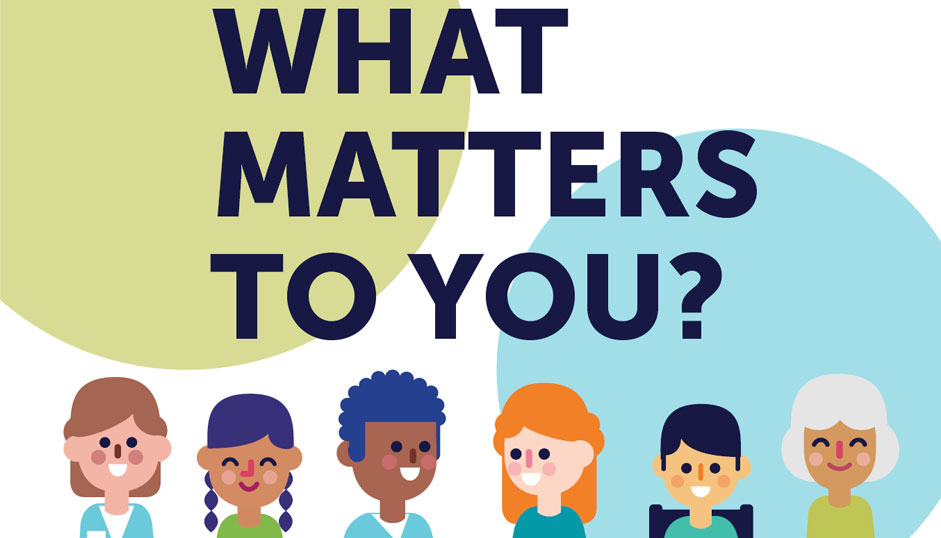 With over 12,000 votes on 16 polls from people in 31 countries, the health care improvement community on Twitter recently decided the bronze, silver and gold medalists in this year’s Improvement Method Olympics. 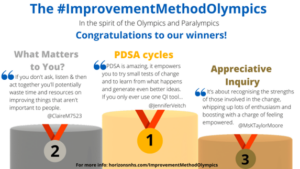 Read more about the #ImprovementMethodOlympics.

Organized by NHS Horizons, an organization part of the UK’s National Health Service, and Helen Bevan, its Chief Transformation Officer, the #ImprovementMethodOlympics was run as a series of Twitter polls on Helen’s account. Thirty-two different improvement tools, methodologies and methods were in the competition.

Here’s the criteria the organizers used to decide what to include:

Each day during the Improvement Method Olympics, Helen tweeted a poll with different tools, methodologies and methods; the Twitter community then voted on their favourites. After several close polls and a lot of passionate commentary, the finals arrived.

The final polls were all tight races! This was no Damian Warner running away (see what we did there?) with the decathlon at this past summer’s Olympics! In the end, a clear top-three was formed and a methodology, method and tool took their places atop the podium. 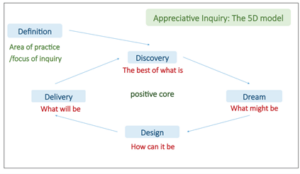 Check out the Appreciative Inquiry Resource pack from the Scottish Social Services Council and NHS Education for Scotland.

Appreciative Inquiry earned bronze. According to NHS Horizons, “appreciative inquiry is a way of looking at organisational or system change that focuses on doing more of what is already working. So instead of starting with ‘what’s the problem?’ and looking for fixes it starts with ‘what’s already working? and how can we build on that?’”

We were ecstatic to see “What Matters to You?” make a remarkable run and come in second place, earning a silver medal. “What Matters to You?” is a simple question with the goal of encouraging meaningful conversations between patients, family members or caregivers, and their health care providers. When providers have a conversation with the patients they care for about what really matters to them, it helps them to build trust, develop empathy and understand their patients.

We’re proud to lead “What Matters to You?” here in BC, in partnership with the Patient Voices Network’s Oversight & Advisory Committee. We think the conversations sparked by asking the question have tremendous potential to align care with patients’ preferences and ensure it is person- and family-centred.

Check out more “What Matters to You?” resources. 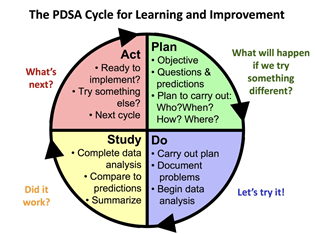 View a PDSA worksheet from the IHI.

Finally, in first place came the PDSA Cycle! And deservedly so! We use it throughout our work and we’re sure you do, too. It’s a worthy champion and we can’t wait to see if it repeats its accomplishment in four years. (Want to learn more about PDSA cycles? Read how a former participant in our Summer Student Internships in Quality & Safety program used it to refine an online education program for Vancouver Coastal Health employees who work with patients with dementia.)

NHS Horizons states that “we can use PDSA cycles to test an idea for change by temporarily trialing a change and assessing its impact. There are four distinct stages to the PDSA cycle:

As Helen tweeted, “These ‘Olympics’ have shown the potential of using different methods to improve things for service users, patients, & colleagues & how much methods really matter to people”.

Participants joined in from 31 countries, including Canada, Finland, Thailand, Kenya and Brazil. Map courtesy of @HelenBevanTweet.

Did you participate in the #ImprovementMethodOlympics? Helen and NHS Horizons want to hear from you via a feedback survey!

No comments on “What Matters to You?” Wins Silver at the Improvement Method Olympics!