This award was formally named “Getting Better”. Our Excellence in Quality category names changed in 2020 to reflect the updates to our BC Health Quality Matrix. Visit our Categories and Criteria page to find out more. 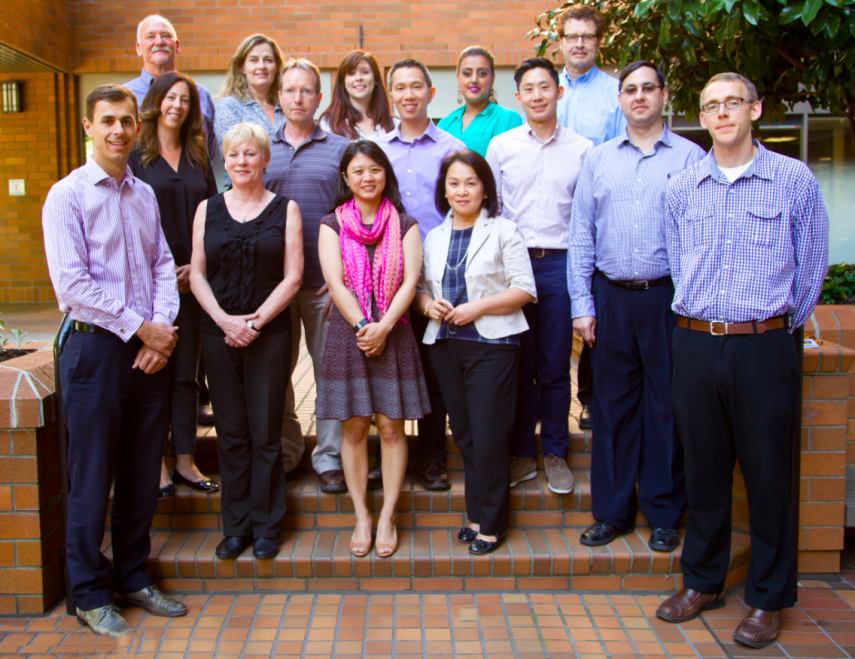 But as of recently, women who undergo Caesarean sections at St. Paul’s Hospital have two new communications options: texting and emailing.

In early surveys across multiple surgical populations, 97% of patients said that they would rather receive text messages and emails than phone calls or mail. Although some patients did not have access to email or a cell phone, they appreciated the option to be contacted in those ways, and older patients said that their family members could be emailed or texted.

A pilot program was then implemented for women who underwent Caesarean sections at St. Paul’s Hospital. They could opt to have their email addresses and cell phone numbers registered in the QCare platform by infection control practitioners, along with their surgery dates and simple demographics. At 30 days after surgery, QCare automatically sends a message to the participants’ cell phone and/or email that asks, “Have you had any problems with your surgical procedure?” Patients can answer “Yes” or “No,” and are asked to direct any questions to the infection prevention and control phone line or email.  Reminder messages, if needed, are sent five to 15 days after the initial message.

If a patient responds with “yes,” she then receives a message that lets her know she will receive a follow-up phone call. An infection control practitioner will then phone her to gather further information, determine if she has acquired an SSI, and collect supporting information from other health care providers to confirm a SSI.

With a “no” response, the information is captured and no further action is taken. The patient automatically receives acknowledgement that her response was received, and is thanked for her feedback.

During the pilot program, the post-discharge response rate increased from 20% using traditional surveillance to 87% using QCare’s automated text and email messages, and the majority of responses were received in less than one day. 19 SSIs were identified – a rate roughly 2.5 times higher than the previous year. Of 17 SSIs confirmed during the post-discharge period, 11 were acquired by patients who were contacted through QCare.

Patients and health care providers report numerous advantages of using QCare compared to traditional comprehensive chart reviews and phone calls, including accessible and flexible follow-up, convenience and ease-of-use, reduced post-discharge anxiety among patients, and reduced workloads for infection control practitioners. The pilot was such a success that a revised QCare platform is now used for all women who have Caesarean sections at St. Paul’s Hospital.

QCare’s $2,500 sponsorship will be used to help build a web portal that lets patients self-register when they are admitted to the maternity ward, as well as to purchase tablets to facilitate their registrations. Soon, the ability to send newborn vaccination reminders will be added to QCare, and it will be expanded to include patients who undergo other surgeries at St. Paul’s Hospital.