Join the Fight Against Sepsis on World Sepsis Day!

World Sepsis Day is a global call to action for increasing public awareness and knowledge of sepsis in an effort to reduce the morbidity and mortality associated with the condition. It’s a show of support and solidarity with those who’ve lost loved ones to sepsis or, as sepsis survivors, suffer from long-term consequences. Here are some ways to get involved.

This year, the BC Sepsis Network is hosting two webinars about post-sepsis syndrome and the latest evidence for in-hospital sepsis care. We created the network to support the sepsis improvement work of health care providers across the province, and these webinars are great opportunities to hear from experts and have a chance to ask questions.

Many people have had very personal encounters with sepsis. Some stories end on a positive note and some paint a picture of the difficult road that many survivors face.

We believe that shared experiences contribute to valuable education for other patients, families and health care providers.

We created the BC Sepsis Network in 2012 to connect physicians and nurses in emergency departments throughout the province who could champion sepsis improvement locally. The BC Sepsis Network is a highly visible member of the global sepsis community, participating in the first Annual Global Sepsis Congress and annual World Sepsis Day campaigns, and has been an early adopter of new Centre for Disease Control sepsis resources.

Make sure to adopt BC-specific wise-practice approaches to improving, preventing, diagnosing and managing sepsis. Click to download the Inpatient Sepsis Toolkit and the Emergency Department Guidelines.

Spread the word about Sepsis! Share the infographic, use #WorldSepsisDay and #StopSepsis, and tag @BCSepsis and @WorldSepsisDay in your tweets to promote World Sepsis Day. 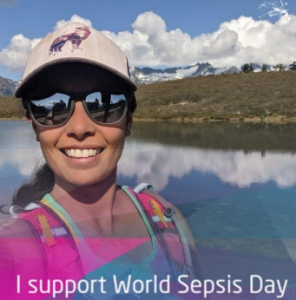 No comments on Join the Fight Against Sepsis on World Sepsis Day!